I was not a big fan of this popular Chennai street food - Masal Vadai. While it was popular among masses - to me, it was "Eli Vadai" (it's commonly used as a bait in rat(eli in tamil) traps - as the aroma is so tempting that it is haute cuisine for the rodents). As a child I used to patiently pull out every single onion and et al out of the vadai making it a cumbersome task for me to eat it and also to dispose the ruins secretly. As I grew up, it was easy - I refused to eat this vadai saying only rats eat it :-).

Like how bad karma follows you everywhere, it is an irony that my in-laws love masal vadai. So I got around to making them though I don't wolf down as much as I would normally do if its medhu vadai. While I personally prefer the latter, I  do enjoy making the masal vadai because of its simplicity and popularity. This is an easy version and makes for a crispy hot tea time snack. 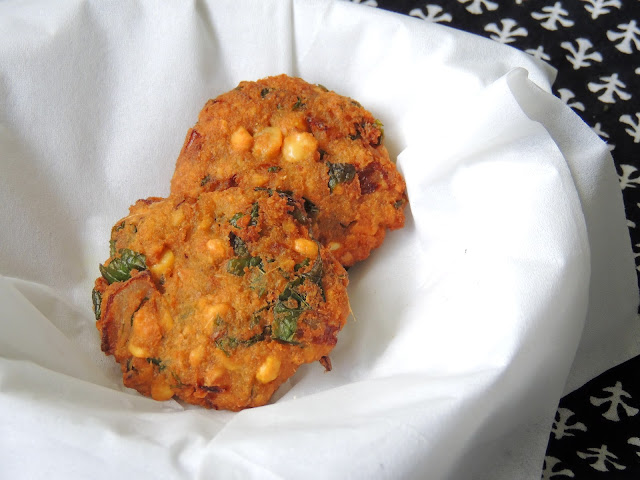 2. Retain a handful of the soaked dal and grind the rest with ginger, garlic, cumin seeds, green chillies and garam masala into a coarse paste. 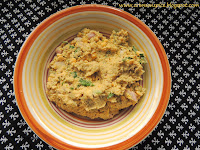 3. Remove onto a bowl  and add in the retained dal, onions, salt, mint coriander and curry leaves leaves and mix well. 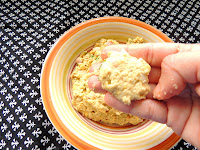 4. Add the rice flour if using and mix well. Shape into small balls, flatten them slightly and deep fry in hot oil until the outer turns into golden brown.


6. Serve hot with chutney and a steaming cup of coffee / tea.

1. Adding rice flour helps bring in some crispiness to the vadai.
2. You can use the same recipe to make pakoras. Instead of making small balls, you pinch a bit of the batter and drop it in hot oil.
3. You can also add boiled and mashed vazhakkai for an interesting twist.

Hi Thanks for visiting Crimson Spice. Do write in your comments / feedback /suggestions.